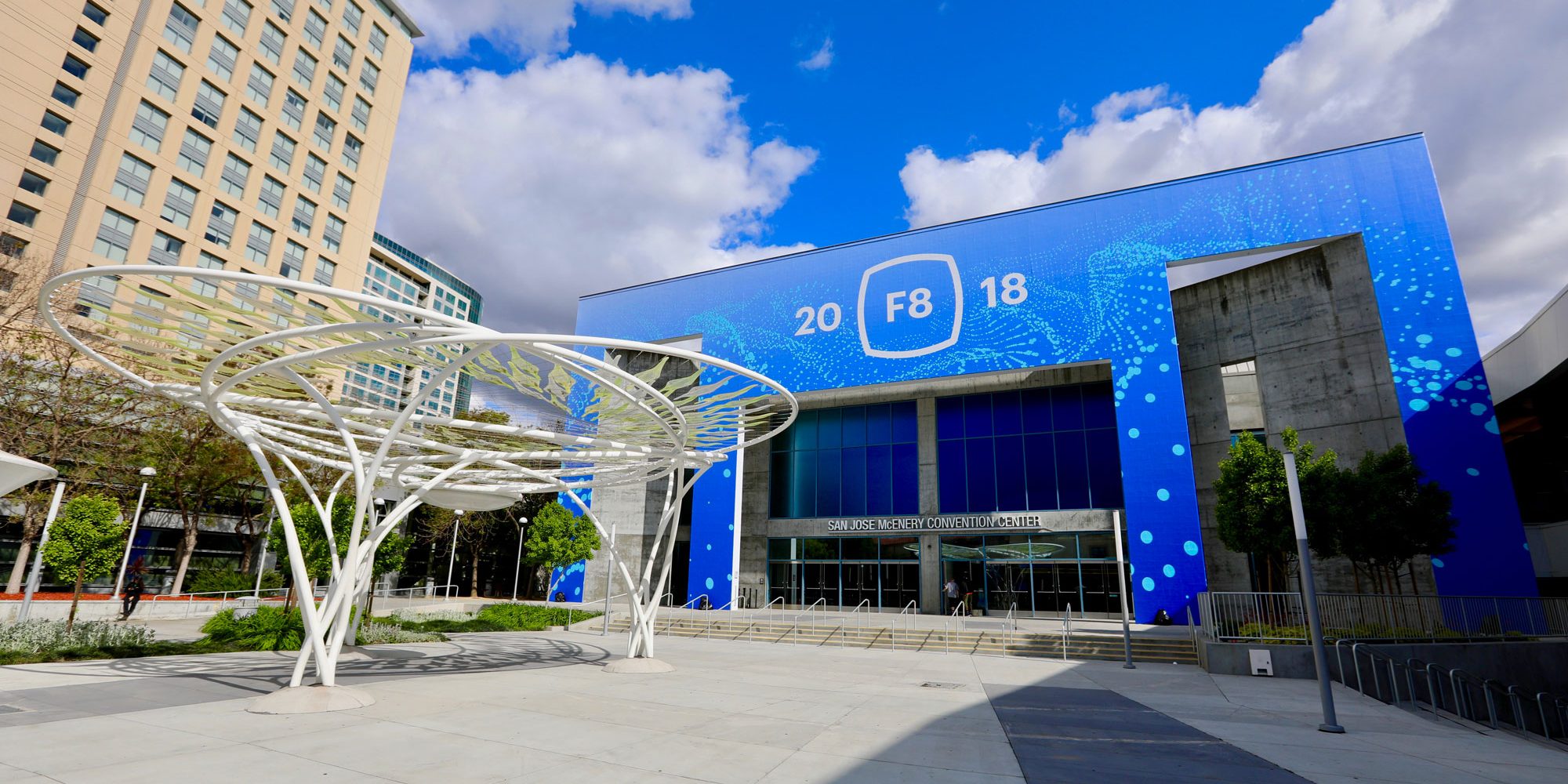 At the risk of tooting our (and Facebook’s) own horn a bit, the Facebook Developer Conference in San Jose this spring was nothing short of jaw-dropping.

While many areas of the event were visually enticing, perhaps the biggest “wow-factor” was the keynote stage. With 8 enormous automated moving LED screens – each 22’ tall by 12’ wide, totaling ~300 LED tiles and 21.5 million pixels – and 1.2 terabytes worth of playback files, simply seeing the screens in action was mesmerizing. The multidimensional backdrop in/around the screens was composed of 11,246 lbs. of aluminum speed rail scaffolding, 628 fittings, thousands of feet of semi-sheer scrim material, and dozens of individually-controllable kinetic light sticks. An 8-camera 3G video production truck captured everything, making the keynote session an artistic engineering feat to behold.

Rigging this masterpiece set included 402 hoists and 7,370’ of truss – that’s 1.4 miles of aluminum and more than 100,000 lbs. of equipment hanging from the ceiling structure!

In the Festival next door, guests were treated to even more eye-candy. Part community hub and part tech wonderland, this expo hall was significantly more than mere booths and promotional materials. Attendees experienced: a virtual reality deep dive into everything Oculus (including the brand-new Oculus Go, which was also the swag giveaway for all attendees), hands-on demos with the new Messenger design that now includes AR, 1:1 facetime with Facebook experts in the Dev Garage, and so much more.

Shipping and logistics were busy bees with more than 310 trucks delivering all the goods, with a total weight of 3,752,200 lbs.

Registration was once again streamlined, friendly and uber efficient.

The Corridor Café in the main concourse kept attendees hydrated and energized throughout the day, and the Lower Level served tasty, fresh lunches to thousands in minimal time. Lines were constantly moving and guests left happy, full and recharged for the sessions to come.

To reflect Facebook’s signature look and feel, all spaces were punctuated with California-native plants and trees, soft white lighting and vibrant printed graphics.

And speaking of graphics, if anyone was unsure where the event was being held, they only had to glance at the front of the building, as the design team used thousands of feet of printed adhesive material to transform the façade from the Convention Center’s recognizable red-white-black abstract art to Facebook’s blue particle design for the week. 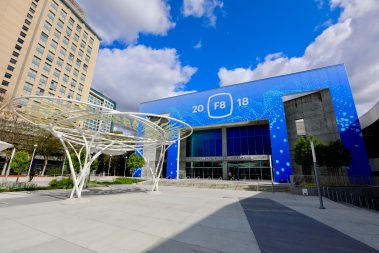 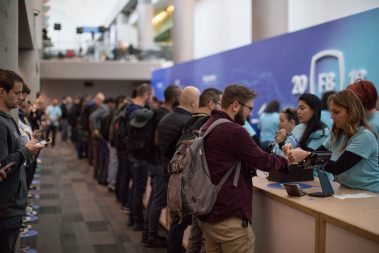 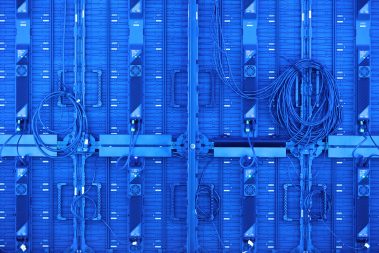 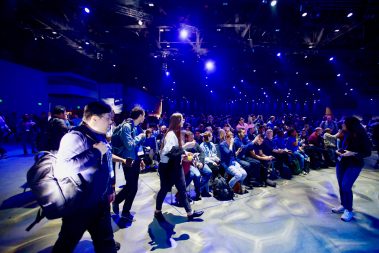 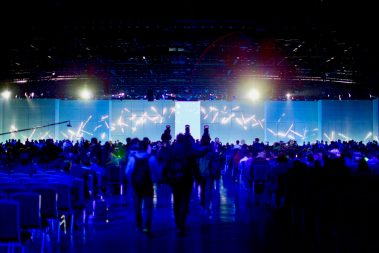 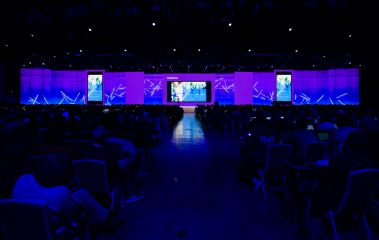 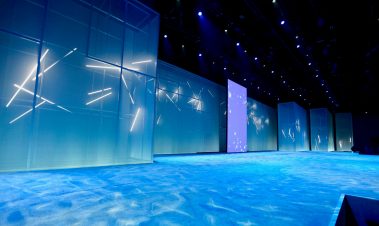 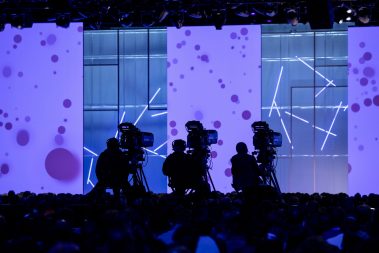 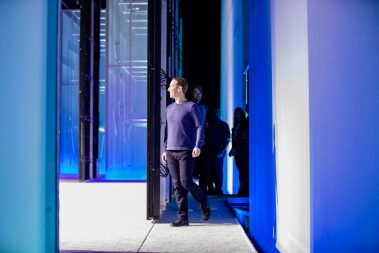 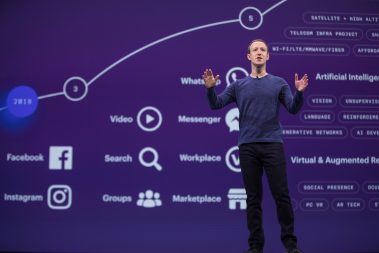 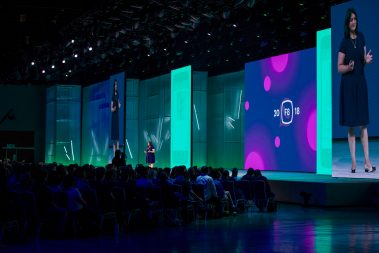 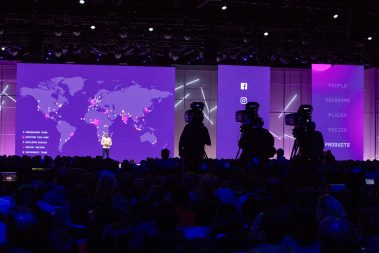 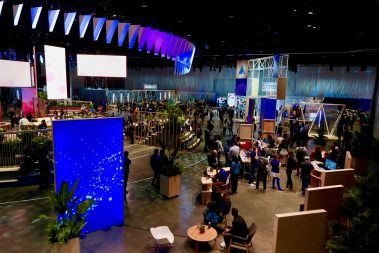 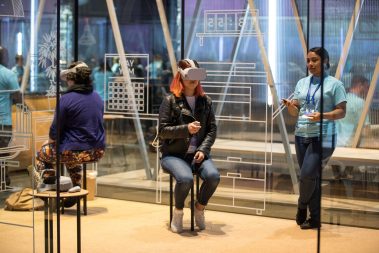 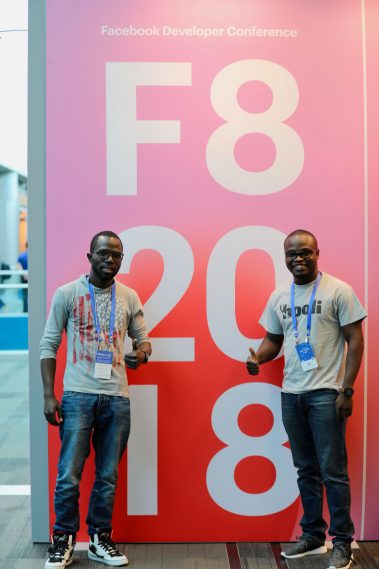 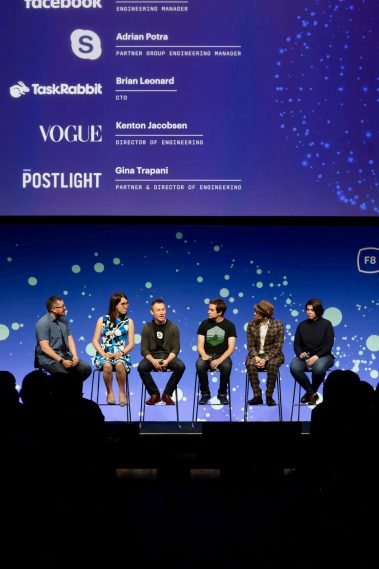 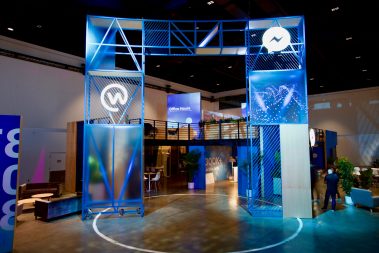 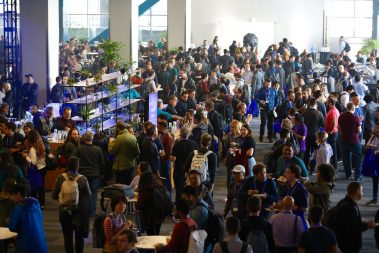 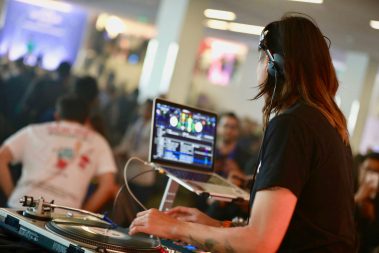 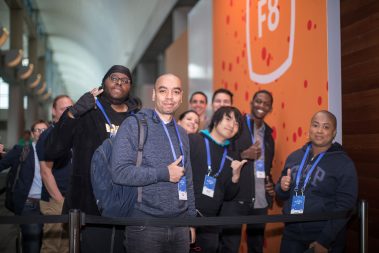 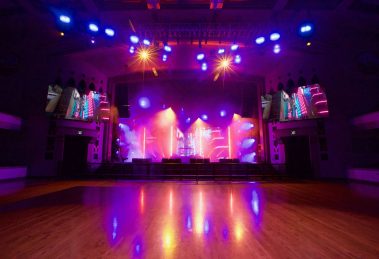 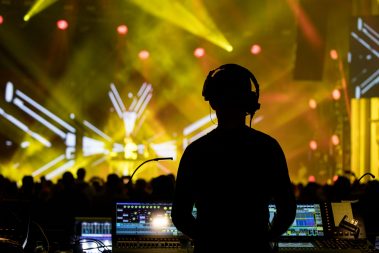 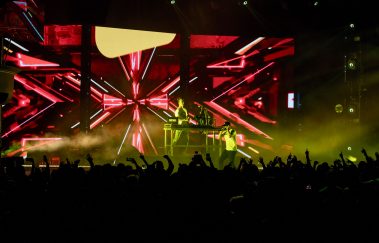 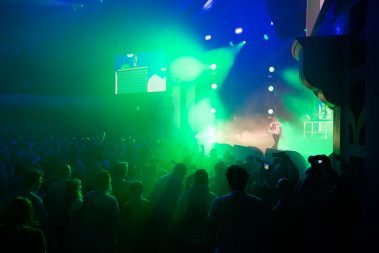 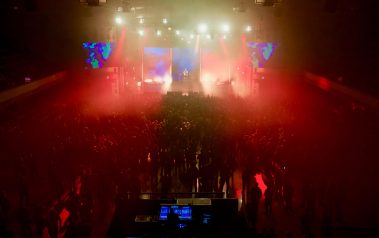