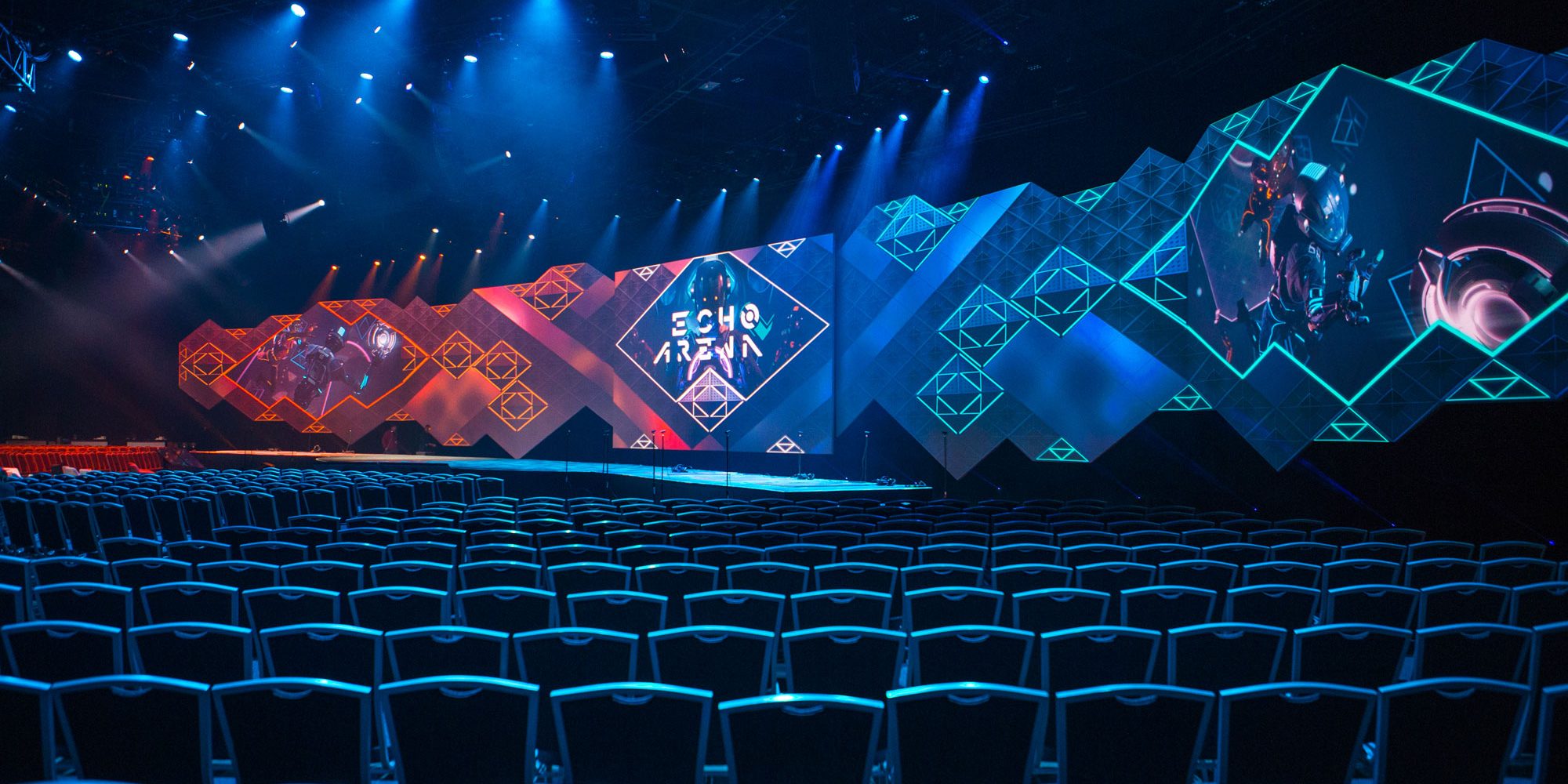 Day one of this dynamic event saw more than 3,000 people converge on downtown San Jose for the fourth annual Oculus Connect, where Oculus leadership announced new hardware, software and content that brought even more people into the land of VR.

Eight months prior to the show, Oculus challenged FNTECH to find new ways to bring their sleek black and neon green event branding to this colorful convention center, engage audiences (in VR, live 1:1 and in groups), provide never-before-seen technology support AND make it all feel effortless. Not an easy task, but an exciting prospect to be sure.

From the supremely interactive Demo Hall (a true wonderland of technology where all Oculus offerings were on-hand and ready for experimentation) to the immense 175-foot-wide keynote stage to custom-built vignettes designed for networking and a menu that kept them coming back for more, FNTECH attacked this production from every angle.

In perhaps of the most impressive event, eSports and Oculus joined forces to host a jaw-dropping multiplayer game the evening of Day 1. While thousands watched, eight players battled on the enormous custom-built stage and their world was not only shown on the biggest of screens, but felt via corroborative lighting/audio/video. The stats:
• 300,000 lumens made up of (10) 30,000 lumen 4k projectors
• Canvas pixel count of 9112×1080
• Over 40 unique video inputs (16 VR)
• TV graphics package and replay capabilities
• Custom animations and backgrounds created for full-screen take overs and special game play effects (like scoring an exciting goal)
• Custom-built software to pull in game stats from the VR servers, which integrated into on-screen graphics for scoring, team member names and stats
• More than 14 window pips shown simultaneously on top of motion backgrounds

All of that to say, those who were there not only witnessed history in the making, they truly expanded their horizons … the way they work, way they play, and of course, way they connect. 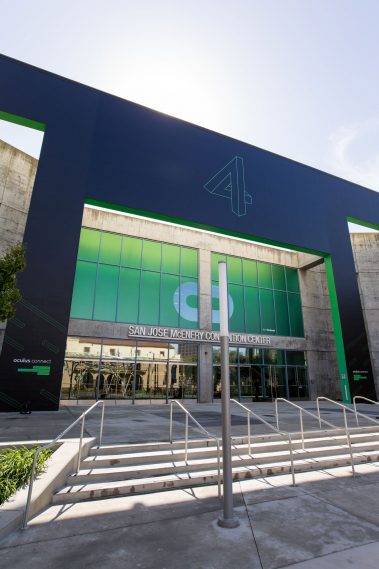 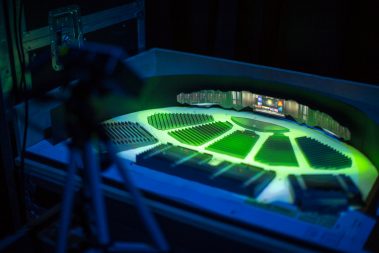 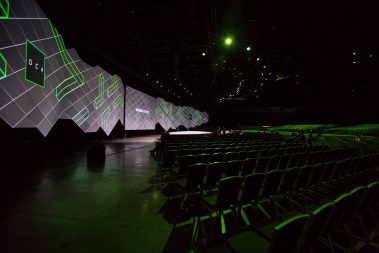 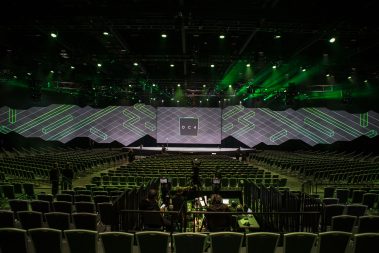 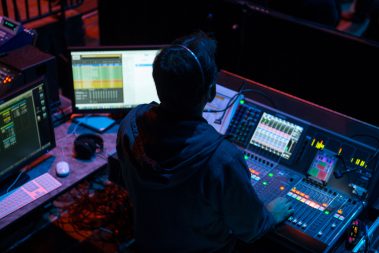 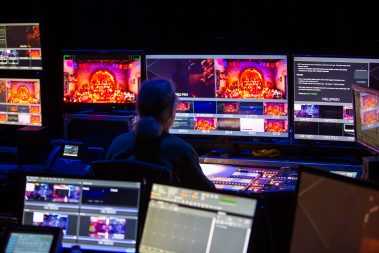 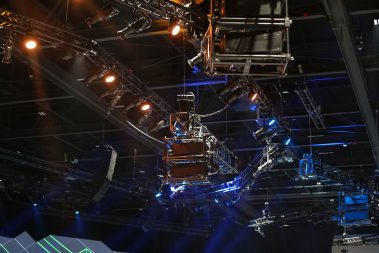 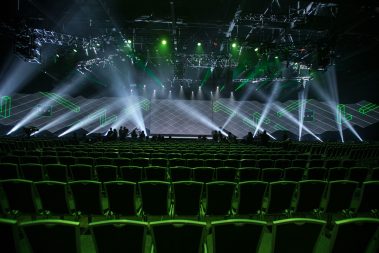 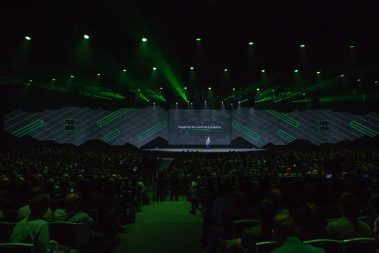 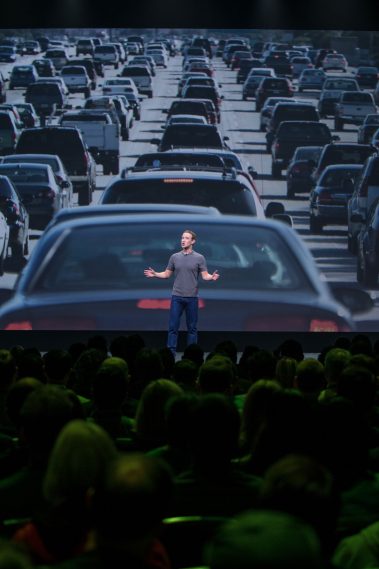 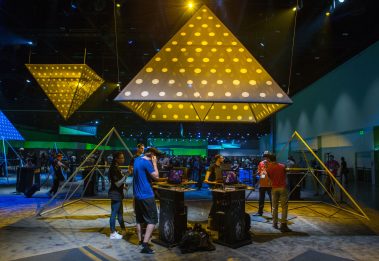 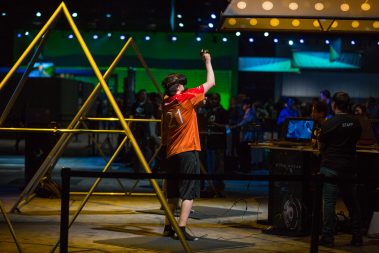 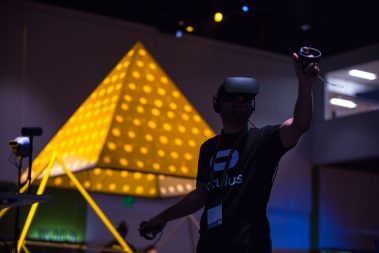 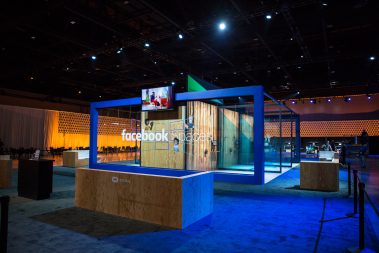 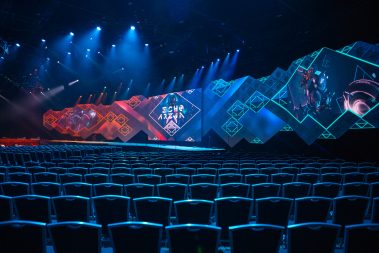 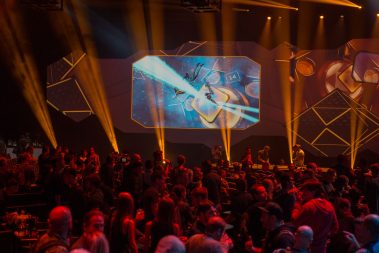 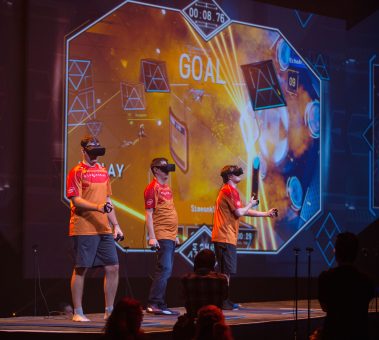 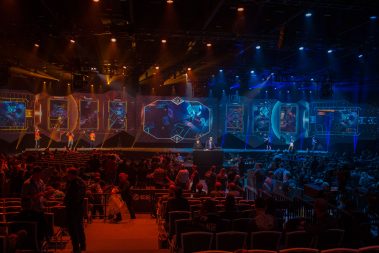 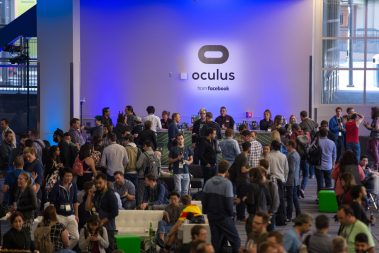 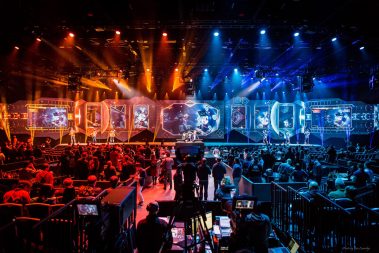